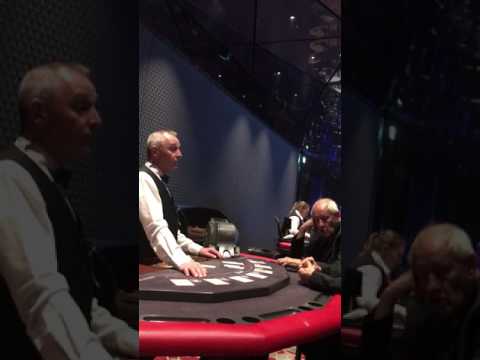 This isn't Football - A Treatise on the Austrian League

In the twilight of his illustrious career having been Bundesliga top scorer for Werder Bremen, "Kugelblitz" Ailton found himself looking for another paycheck. Aptly named Austrian side Cashpoint Altach thought, what the hell. Let's send him an offer, worst thing is we get rejected. To their surprise he signed, probably thinking: it's just a bit further south, they speak German too, how different can it be.

He was in for a rude awakening.

After getting beaten 0:1 by SV Josko-Windows Ried in front of a measly 5000 people in the Cashpoint "Arena" he did not mince words to the camera crew.

I have 35 years old, I have played football for a long time. But I have never seen a game like today. For me that's not professional team, not professional football. Incredible. I have one hour maybe, no shoot on goal, no ball for me, no pass. The team doesn't know which position on the field, no system, nothing. I have never seen football like today.
How difficult was it, you didn't even have an opportunity to shoot.
Is difficult, for a striker this football, is hard. The best striker in the world playing in a team like this is no goal, is unbelieve. Only long ball, long ball. This isn't football. This isn't football.
What has to improve?
Is no idea, I don't know. Maybe back to Brazil! (laughs)

I knew exactly what he meant.

As a little kid in a football-lacking household my godfather took me to my first game. On the 17th of May 2004 Rapid Vienna faced the now defunct (a running theme here) Casino Bregenz. Literally nothing happened. Your typical Austrian league match makes me question my conclusion but I still think this is the worst game I have ever seen. See for yourself
My love for this sport could have ended there and then. (Might explain why this little kid started liking Liverpool. I'm a plastic but I've made my bed. Now I thank the gods I lie in it.)

So it sure isn't the quality on the pitch, why do foreign players then even bother coming here?

After all Sadio Mane put up with this, Naby Keita put up with this, Mario Kempes, Antonin Panenka, Trifon Ivanov and Maradona.
Yes THE Maradona graced the league for a little while. At least genetically speaking in form of his brother Hugo.
Even Keisuke Honda is invested in Austrian football. He bought 2rd division side SV Horn, probably with limited success. (I say probably, I tried searching for the table on their website, it says "The requested page could not be found") I've heard the locals aren't too fond of the sushi either.

Is it the thrill of playing in front of packed stadiums?

At least the facilities should be good right? I mean it's a top division in Europe.

Imagine you're playing for TSV Prolactal Hartberg.
Your home ground is the 4500 seat Profertil Arena you need to endure 11 times a season. 6000 people live in that town. Profertil by the way, their slogan is "Speed for Sperm", widely displayed on their kits.

What is it then, why does this shitshow exist?

The thing is, no matter where you are, no matter how shit the match is, you're still watching football. It's an intrinsic part of our lives. Nothing beats getting plastered and watching a game with your mates. My friends and I have a soft spot for Mattersburg because they're known for paticularly shit football (and that says something) and the fact that their main supporter stand literally is a grassy knoll. It's great fun to pretend like you're ultras there, next to two bewildered natives and the opposition goalkeeper who you are screaming obscenities at for 45 minutes straight.
Probably the only thing world class in Austria is the support of a handful of clubs. Visiting Rapid Vienna's ground, a friend from Frankfurt who came along first described it as a children's birthday party compared to them but still left feeling impressed. We were in the ultra sector for this game https://www.youtube.com/watch?v=wVTv7S7oqgw
Cheap tickets, safe standing, singing all game, you can stand wherever you want, people all around you drinking beer, smoking cigarettes and weed, pyro – a far cry from the sanitised environment of the Premier League. As a supporter I go to the ground wanting to influence the game as much as possible. And there I get the feeling this is what I want Liverpool to have.

Maybe the league isn't so bad after all.
 Hope you enjoyed my ramble about this strange place. I see a lot of anti-ultra sentiment on this sub ("they're just hooligans" that sort of thing), which especially from an English perspective I can understand. But if you ever find yourself on the continent take a peek at what it looks like first hand. I've been to Anfield so it's not like I'm completely in the dark about what English stadiums are like.

Saw the post mentioning that no one has attempted to give Quantum of Solace a rewrite and decided to give it a shot. It was actually harder than I thought. Rewatching it I think many of the film’s issues comes from the director writer than writing. I think the generally plotting of the film is fairly decent, especially giving the ongoing writer’s strike at the time. The main issue is that there’s effectively two films going on: One in which Bond is hunting down Quantum seeking revenge for Vesper and one in which Bond goes rogue in order to stop the CIA financing a coup d’etat in Boliva. My main goal was to try better merge them into a more cohesive story. In particular I want to give Vesper’s former lover, Yusuf Kabira, (ie the reason she betrays Bond and then gets murdered in Casino Royale) more of a role, rather than just having him be relegated to a single scene at the end of the film.

· Making Yusuf Kabira, Vesper’s former lover, a major character, effectively serving as the main henchman of the film
· Changing Camille’s backstory. Instead of being a Bolivian agent she’s the daughter of the current Bolivian president and she’s has also been seduced by Kabira. Quantum’s plan is to expose the relationship between the President’s daughter and a foreign agent, thus creating a political scandal that will pre-empt a coup d’état by General Medrano.
· We cut Dominic Greene and the Plot To Steal Bolivar’s Water entirely. We give most of Greene’s role to Mr White.
· Finally, we are going to play up the whole Bond Versus the CIA thing. Lets try and use Jefferey Wright more and give Felix a bit of a redemption arc